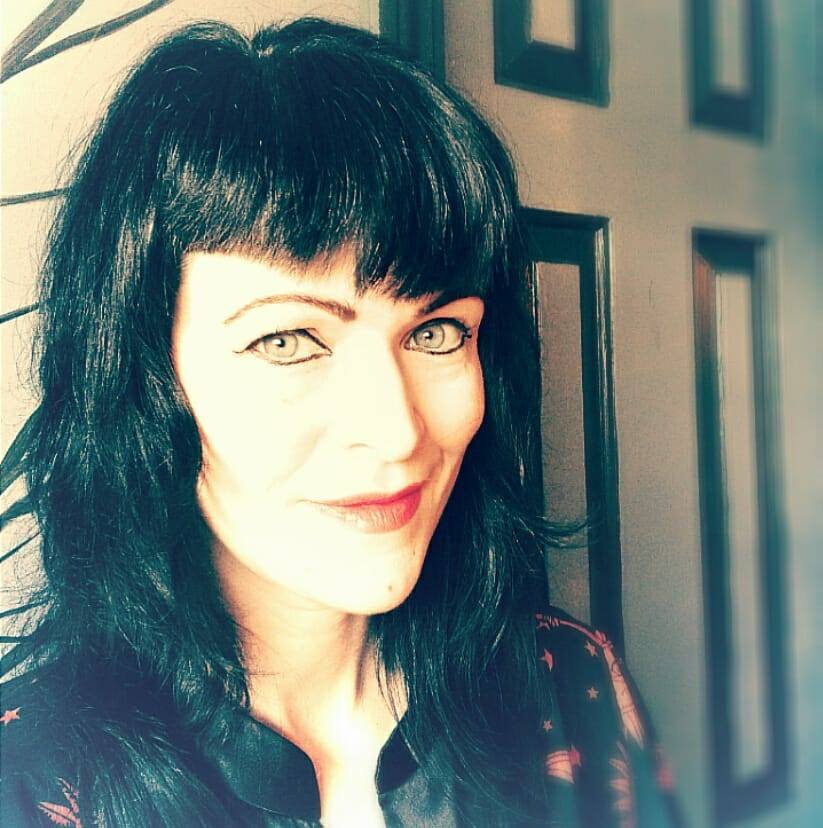 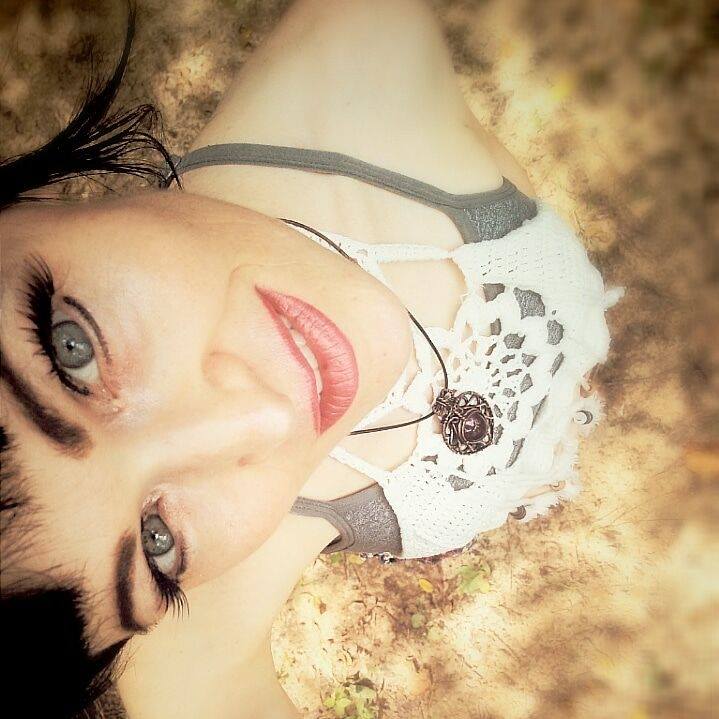 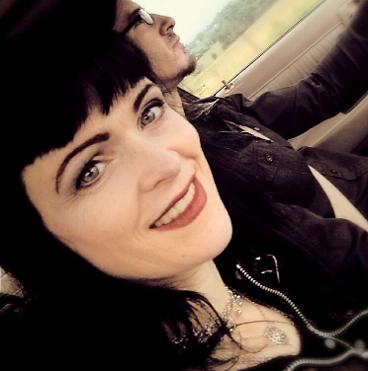 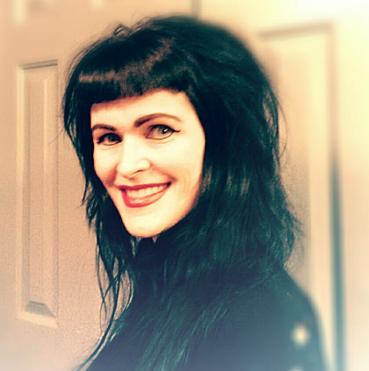 My readings are direct, non-JUDGMENTAL, scholarly, and compassionate.

Contact me to book a reading or to schedule me for your event or private party.

Click Here to read astrology articles from the old blog

As above, so below.  You are made of the stars. You are a part of the larger heavenly body, and part of its consciousness. There is a set of symbols and measurements that can be cast to discover the occult meaning of your life and purpose. This is the metaphysical science of astrology. The coding of 'the matrix' is complex, but I happen to speak its language and can I can see the message hidden in code.

My readings are direct, non-judgmental, scholarly, and compassionate. My certification in NLP and Life Coaching, combined with my knowledge of astrology, can crack the code! I tap into skills that are genetic, from past lives, and developed in disciplined metaphysical, arcane, and mystery schools. I hold several degrees and certificates and currently a student with a focus on Metaphysical Parapsychology at University of Metaphysics.

The coaching that comes with consultation is professional and results-driven. You won't just get a reading, you'll get effective, honest, and professional advice that will empower, motivate, and evolve your soul. 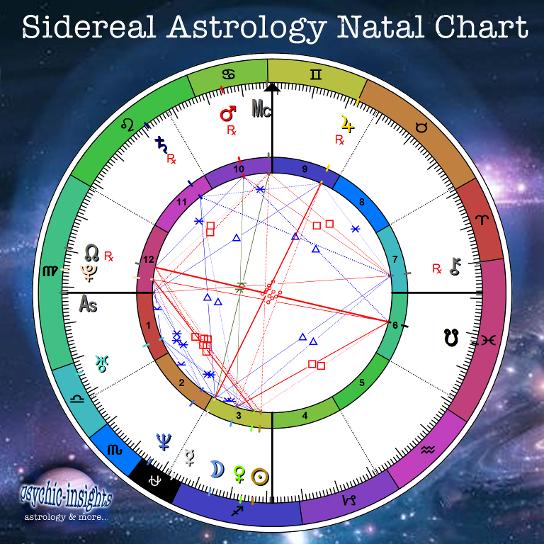 Explore your highest potentials, discover your hidden gifts, navigate through life's challenges empowered with self-knowledge.
Know thyself! Includes past-life and karmic soul purpose, relationship dynamics, career potentials, how to overcome weaknesses and challenges by using the star map as a guide. The universe ALWAYS provides a way for you to overcome the pitfalls of life. Be empowered with a GPS for your life and start accessing your secret super powers to get the very best out of your journey. Understand why you are the way you are and embrace self-acceptance as you begin to understand your divine design. Learn how to work with negative aspects of your personality for more positive outcomes.

Curious about the future? Every year the sun returns to its natal position. This is called a solar return. At the exact moment of your birth, a new set of circumstances and potentials for the year appear in the stars for your benefit.  Current transits are compared to your natal placements and an accurate prediction of life's circumstances for the year comes into view. The universe never leaves you without clues to make the best of this life! Astrology is complex system of divination based on scientific astronomy, and it is empowering to understand what energies you'll be dealing with for the coming year.
A LUNAR RETURN can be cast to look at a specific month in the year. These can give clues for optimal timing of life events.

Got a burning question on your mind? Need a SPECIFIC answer? A horary chart is cast based on the 'birth' of the question. Your mind is incredibly intuitive, whether you know it or not. Glimpses of unseen details can often be spotted in the stars at the very moment you feel a burning question. Write down the location you were, the time and a specific question based on that burning need to know. A chart will be cast to reflect the moment you were feeling something you need more clarity on. Perhaps we can discover what you are feeling and reveal hidden answers to questions like:
Where is my lost item? Am I going to get the job? Is my partner cheating? Will I win the court case? Where is my hidden enemy? Should I invest now or wait? And more!

When two people come together, each person's individual astrology will be affected by the intercourse of merging intentions and planetary energies of the two parties coming together. Find why why some people trigger you, while others seems to be destined for soul mates. Discover if that new star crossed lover knew you in a past life, or look for ways to overcome challenges in relationships.

A synastry overlaps two natal charts to view the overall dynamics in relationships. Who triggers who, and who helps who in relationships. It reveals areas of contention and areas of harmony and how to get around some of the challenges presented.

Check the or opportunities to meet me at a show, or dates and locations for up and coming workshops and seminars.
I teach astrology & divination workshops, speak at motivational events, and participate in professional panels/discussions.

GPS latitude/longitude coordinates can be found on a search engine.

It's important that you make sure all of your information is correct when you cast your chart. The birth time being off can really make a difference in chart accuracy- especially in regard to moon placement.

'What if I don't know my birth time?'

If your parents do not know your exact birth time, it's normally recorded on the birth certificate or hospital records. Make an effort to get that time! It matters! Perhaps the only thing you have to go on is mom's fuzzy recollection, "I think you were born just before lunchtime." At least that information gets us within a couple hours.
Otherwise, run the chart with the sun as the ascendant and click on "I don't know my birth time" for a general chart to be cast.

Note: I do NOT own the chart calculator software provided in the link below. It is just a calculator I prefer. Charts can be cast at other sites too. 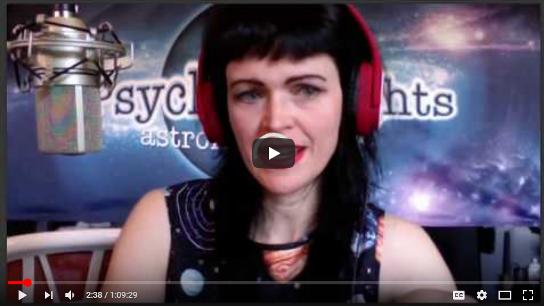 I offer a variety of cartomancy readings. Major Arcana, Oracle Cards, Single Card readings, past/present/future readings, Celtic spreads etc
The decks I read from are of my own design which gives me a deeper intuitive connection to their message. 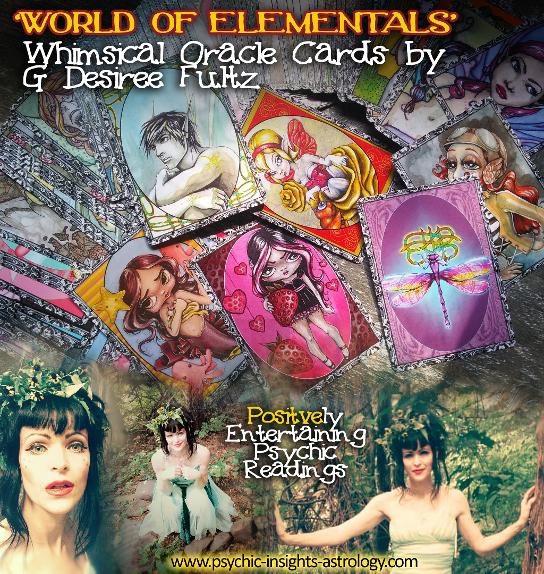 I'm a best-selling author of many titles under different pen-names. Both fiction and nonfiction works are in my collection. As an artist, my award-winning works are found in thousands of private collections worldwide and my books have been read by thousands of readers. Treat yourself to some fantasy reading, educational interviews, or intuitive tools: tarot decks, oracle decks, study guides, and more.

CLICK HERE TO SEE MY PUBLISHED BOOKS,
ORACLE & TAROT DECKS, and other media 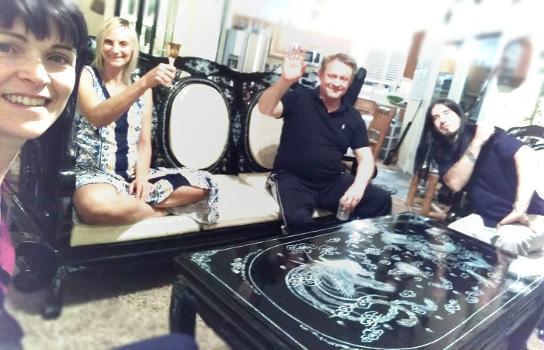 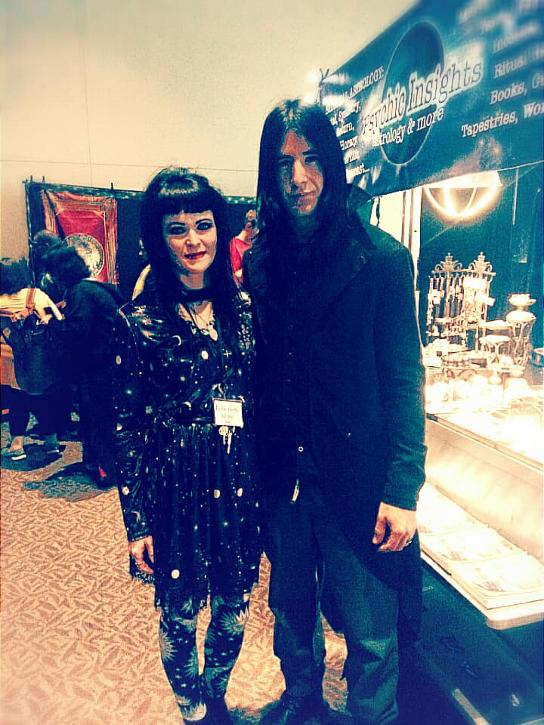 I have developed  the four basic intuitive senses, which include claircognizance (clear Knowing) clairvoyance (clear seeing), clairaudience (clear hearing), and clairsentience (clear feeling). These metaphysical senses supplement my five physical senses, and I also tap into telepathic abilities and I'm an Intuitive Empath.

My readings are direct, non-judgemental, and compassionate.

Aware of gifts since before I could speak, my earliest memories are of a poltergeist that was haunting our home which only inhabited one room and a hallway. Years later, my mother recalled experiences she had while we lived in that home, and to her surprise, I was able to fill in details of the haunting that no one else remembered.  ​Many supernatural experiences shaped my childhood and sparked my curiosity into paranormal, metaphysical, and occult phenomenon.

Some of my 'gifts' have been genetically passed down. There are several immediate generations of family members with E.S.P. who made regular predictions with accuracy.  I've reviewed my genealogy records and carry several genetic lineages connected heavily to occult intelligence, and I'm a direct descendant of many royal monarchs, shaman, and seers. I have RH- 'blue-blood'. When one studies magickal bloodlines, evidence suggests rare blood types with Rh-Negative factor (which represents less than 15% of the entire world population) are naturally more given to psychic abilities. So there you have it, psychic intelligence is literally in my blood!  ​

As I passed through childhood, other gifts began to emerge. I could tell who was calling on the phone (before we even had caller-ID), and when people would talk about me, I would receive impressions of their name/face and then contact them, only to have them say, “Hey, I was just talking about you!”. Empathic abilities also emerged, and people were always surprised that I could feel their needs and offer help without them having to ask.  As I grew into my teenage years, I would see people in my dreams and then contact them to let them know what I had dreamed and they would respond with astonishment that I would name the very details of a life issue they were facing.

Because of these gifts, I was often accused of witchcraft by church goers and interrogated by ecclesiastical leaders about my involvement with the 'dark arts'. And so, for many years I hid my gifts out of fear of persecution. Coming out of the closet as a practicing magickian brought severe judgment upon me and I found myself in the middle of a real witch hunt. Yes, this stuff still happens in the 21st century! Finally, breaking free from a religious cult, and leaving a small town that treated me as a threat, I've found my tribe and my place in the world doing what I'm passionate about! I have embraced my gifts and am here to serve humanity with them! Are you ready to be empowered? It took a lot of courage for me to own my truth and the abilities that come with my life path. I would love to help you find your magick and free it!

I've received scholarships with well-know arcane/mystery schools and have over 20 years experience in many forms of divination. My toolbox of skills are varied, and I truly care about getting positive results. My aim is to empower. The goal is to help clients make their own informed decisions by equipping them with deeper insight that comes to light through a variety of tools and disciplined occult training.

Having been mentored directly by a PhD psychologist and certified as an NLP Practitioner and Life Coach, I am well-armed to empower clients confidently with psychological training, amplified by paranormal abilities and supported by my magickal lineages. Though I was aware of my spiritual gifts at an early age, my educational journey began with studies in astral projection/lucid dreaming and tarot in 1996, which progressed to other forms of divination over the years. In the beginning, I was self-educating with books and experimentation. Later, involvement with esoteric societies has given me an advantage over self-taught practitioners as I have been mentored personally by some notable teachers with well-known reputations among the occult communities.

Was awarded with scholarship with the University of Metaphysics & University of Sedona in Metaphysical Parapsychology but withdrew from studies to pursue developing business instead.

I also occasionally teach 'Magickal Astrology' to H.'.O.'.G.'.D.'. students via online streaming for members only. More information about memberships to the Rosicrucian Mystery School can be found HERE. Or you can join magickal disscussion without an official membership HERE.

Notable Clients who have featured my original programming and lectures: 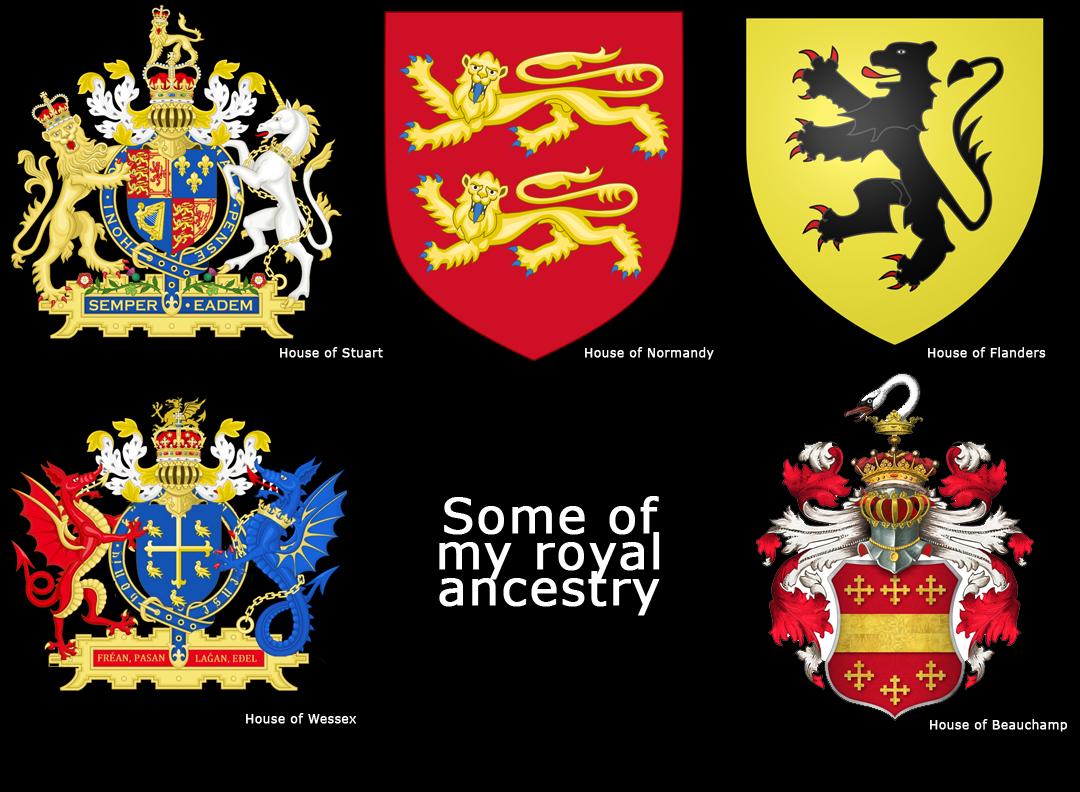 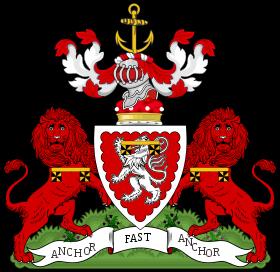 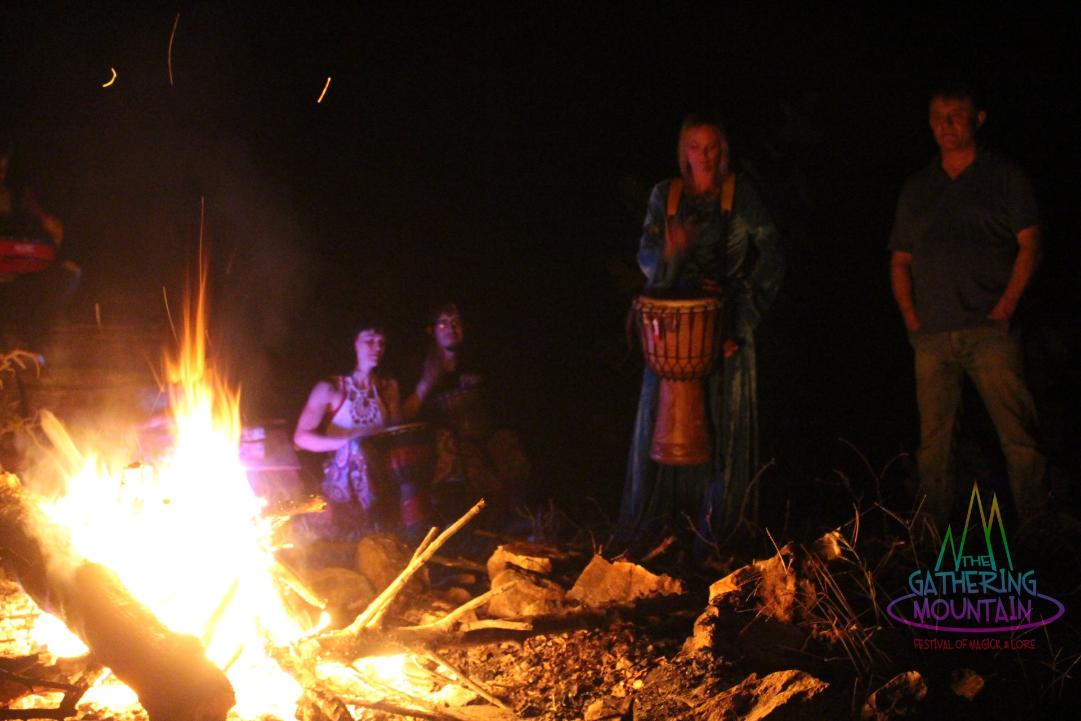